What is Marine and Coastal Science?

Marine and Coastal Science is a joint program of the Shannon Point Marine Center (SPMC), and the Departments of Biology, Chemistry, Geology, and Environmental Sciences. We are advancing the state of knowledge about the oceans, coasts, and their ecosystems for the scientific community and for the communities we call home.

END_OF_DOCUMENT_TOKEN_TO_BE_REPLACED

Marine and Coastal Science at Western

Each year, a new cohort of students engages in hands-on research and learning experiences in and around the Salish Sea, with opportunities for focused, residential study at Western’s Shannon Point Marine Center (SPMC) in Anacortes, about an hour from the main campus.

To us, beyond the classroom means extending our focus beyond the university to the people and communities whose existences are intertwined with coastal systems and resources.

Students in the Marine and Coastal Science program:

The new MACS major is a partnership between four academic departments (Biology, Geology, Chemistry and Environmental Sciences) and Shannon Point Marine Center. You will have a unique opportunity to study marine science in an environment of interdisciplinary collaboration.

Learn, Work, and Thrive Together

You will study marine science with a cohort group, beginning with a research experience in your second year, continuing through a 3rd year core series, and culminating with a capstone project in your final year.

You will have opportunities to engage in mentored, hands-on research in your sophomore year through immersive study at the Shannon Point Marine Center in Anacortes, Washington.

You will spend time in the field, on oceanographic vessels, and in learning laboratories. You will engage deeply in marine research and focused study of the Salish Sea.

Western’s location on the shores of the Salish Sea provides great opportunities for students to really get their feet wet (we do have boots you can borrow though, if you prefer dry feet). You can begin your time at Western with an intensive two-week residential program (the Marine Science Scholars Program) at the Shannon Point Marine Center where you will be introduced to marine science research and start building the learning community that will support you through your time at WWU. 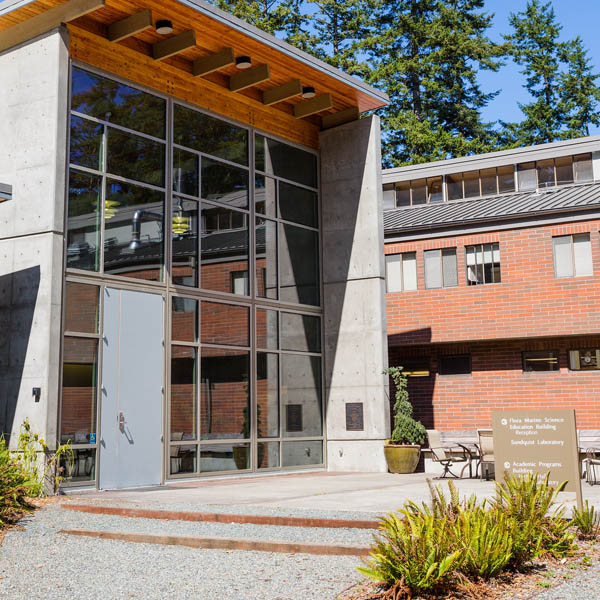 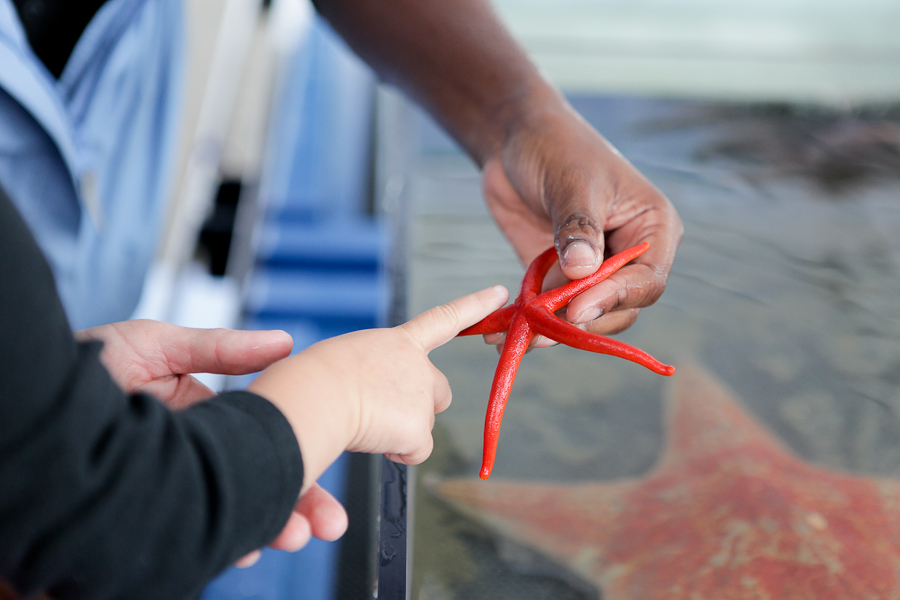 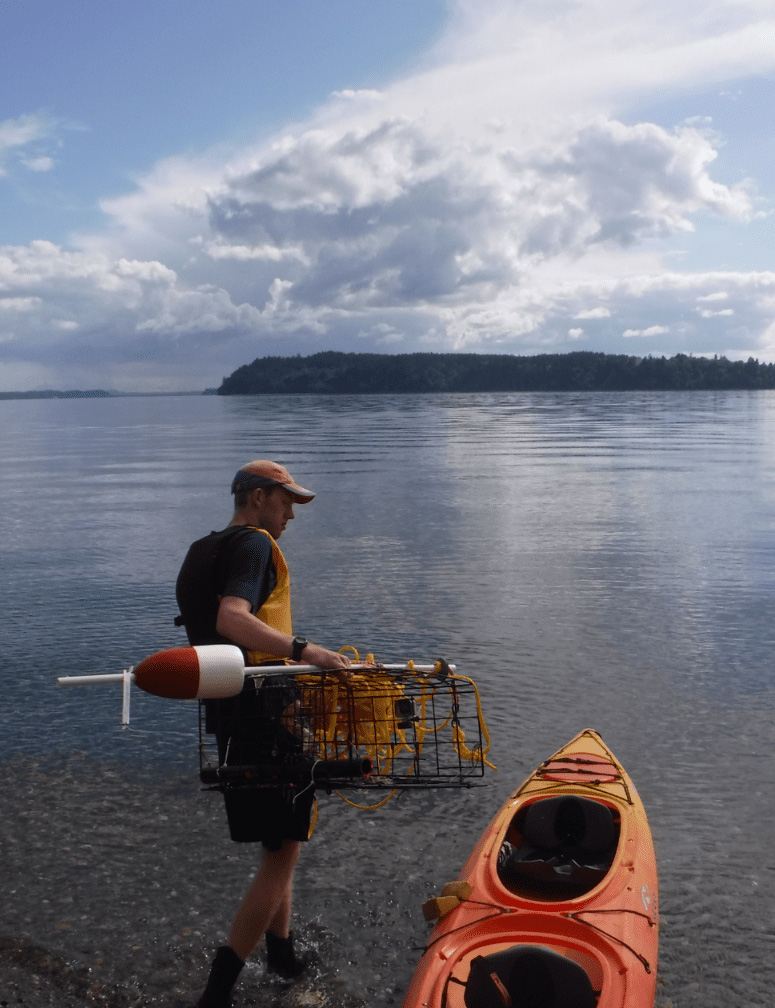 As a Western student, Spencer has been involved in a number of research projects, including modeling benthic carbon transport and studying fish community armoring. He also did a summer program at UCBS studying the effects of kelp on ocean acidification, and interned for two summers at the Nisqually Ranch Nature Center near Olympia. Spencer is also a 2019–2021 NOAA Hollings Scholar. He hopes to continue using science to address the world's pressing issues.

Marine science concepts are generally illustrated through examples from local systems, or through case studies from our regional seas, bringing the oceans and coasts into the classroom.  Students delve into the concepts they are learning through sampling trips aboard our research vessels, or in the extensive coastal and intertidal areas accessible near the campus and the marine lab.  Students collect, analyze, and interpret real data A capstone research experience allows them to apply their learning to real-world issues.

To us, beyond the classroom means extending our focus beyond the university to the people and communities whose existences are intertwined with coastal systems and resources. In this place-based approach, scientists work to understand the whole context of an issue, including the lands, waters, ecosystems, and human systems. Workable solutions require problem solvers to understand a diversity of viewpoints. To this end, the program is built to bring forward many voices, and to encourage the participation and success of students from all backgrounds. We work with local communities, nonprofits, agencies, governments, and other institutions to build knowledge and understanding of marine systems, and collaboratively build tools to address problems. Students engage actively in these efforts through class projects, independent research experiences, internships, and partnerships. 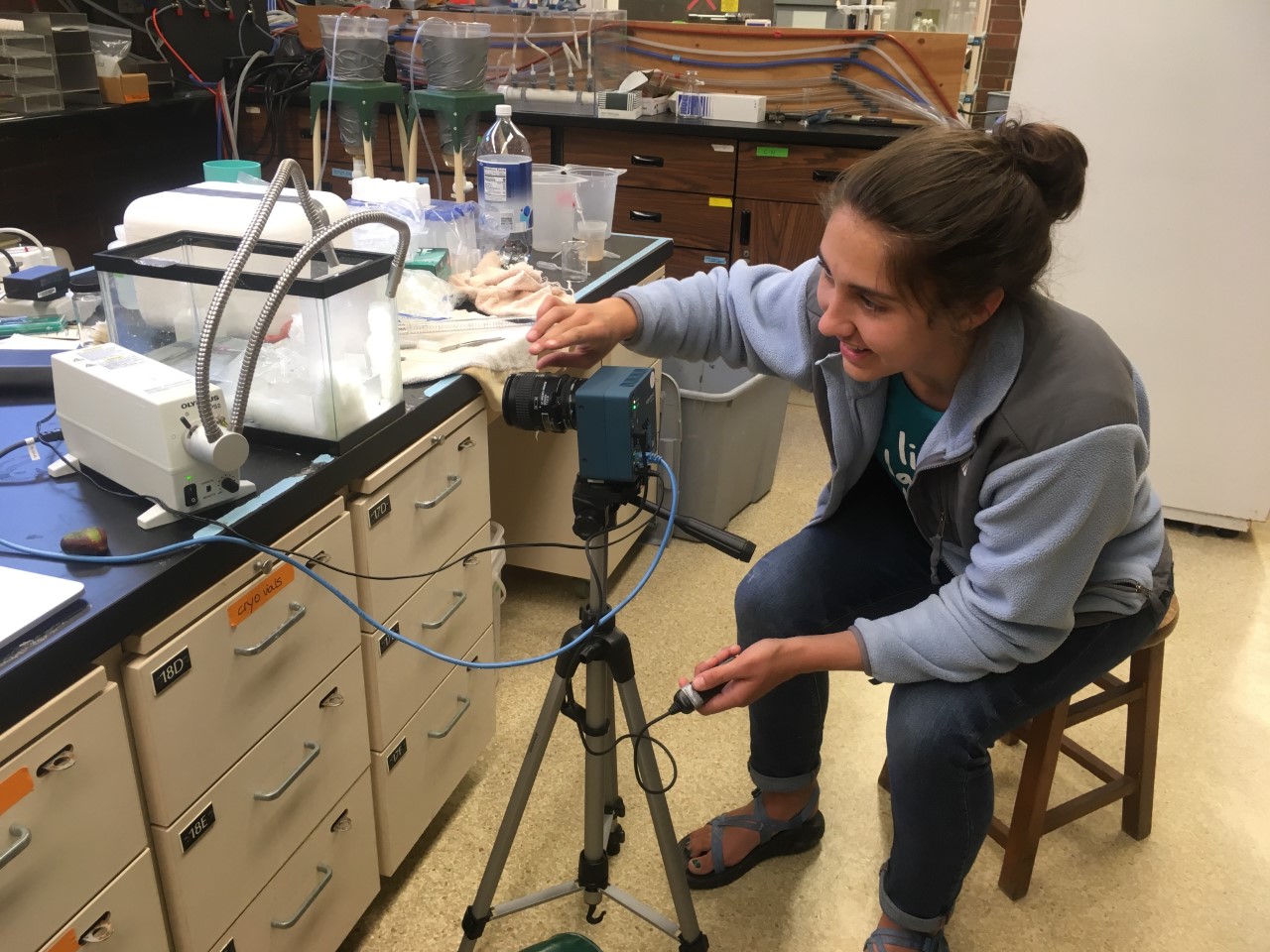 Darby was Western's first Barry Goldwater Scholar since 2007. She participated in numerous research projects while at Western, including the effects of ocean acidification on eelgrass, the effects of high temperature and low pH on Olympia oysters, and the swimming mechanics of rainbow trout. As a 2020 Fulbright Scholar, she'll work in Stockholm, Sweden, studying schooling mechanics in silversides. After that, she will head to graduate school at Western Michigan University to study fish ecology and evolution.

What can you do with Marine and Coastal Sciences?

A 4-year degree in Marine and Coastal Sciences opens the door to many entry-level positions in the marine sciences. In 2018, NOAA reported that the U.S. ocean economy, also known as the "blue economy", grew faster than the economy overall, providing many opportunities for employment. Marine scientists find jobs across a wide swath of society, including all levels of government, academia, and a diversity of private sector companies and organizations. The U.S. Bureau of Labor Statistics (BLS) projects 7% growth of life and physical science occupations from 2018-2028, which is higher than the average growth for all occupations.

Graduates from the Marine and Coastal Science program may choose to pursue graduate education. A graduate degree will be necessary for positions that are heavily research-focused (higher-level researcher, manager, college/university educator). Students in these graduate programs are generally funded by the university or program during the time they are pursuing their degree.

Start Your Career at Western