I understand navigating the university experience can be difficult but I am here to help you, and want to share the following resources with you. 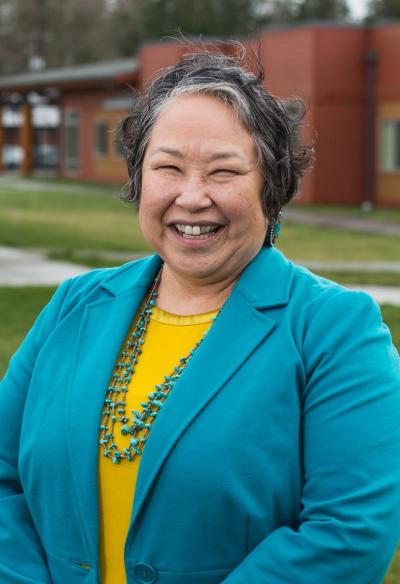 An enrolled member of the Swinomish Tribe, Ballew has lived on the Lummi reservation with her husband of 43 years, Timothy Ballew Sr. She received a bachelor’s degree, with a major in American Cultural Studies and a minor in Native American Studies, from Western in 2002. She earned a master’s degree in Public Administration, from The Evergreen State College, and is studying for a doctorate in Indigenous Development and Advancement from Te Whare Wānanga o Awanuiārangi, in New Zealand.

May 16th, 2016 NASU sent a letter to the then University president, the incoming president, and the board of trustees advocating for action.

This position was at the top of the list of five requests by the Native American Student Union in a letter dated May 2016. It was President Randhawa who moved forward with this initiative along with a committee of Native faculty, staff and students. The Board of Trustees passed a resolution establishing the Tribal Liaison office on April 4th, 2019, which is historic for this institution and for Native communities.

Laural Ballew has been named as Western Washington University’s first executive director of American Indian/Alaska Native and First Nations Relations & Tribal Liaison to the President. Ballew most recently served as department chair of Tribal Governance and Business Management at Northwest Indian College, a program which she created.

"The number-one request was the tribal liaison. Number two was a traditional Coast Salish longhouse. Three was to certify Native tribal enrollment or descendency at Western in order to ascertain an accurate count of our Native student population. Four was funding for the annual pow-wow, and five was government-to-government training. I use those five objectives as pretty much my first-year plan. I’ll add to my list every year, but those are the five things that I'm working on right now." - Laural Ballew

Washington state is home to 29 federally-recognized Indian tribes. For more information, click on the individual tribes on the interactive Washington Tribes Map.

We are the Lhaq'temish, The Lummi People. We are the original inhabitants of Washinton's nothernmost coast and southern British Columba. For thousands of years. we worked, struggled and celebrated life on the shores and waters of Puget Sound.

We are a Tribe of approximately 2,000 members, located in our ancestral homeland in the northwest corner of Washington State. Our name comes from a place name in our language and translates to “always bracken fern roots,” which illustrates our close ties to our land and the resources that continue to give strength to our people.

The Samish Indian Nation is governed by a seven member Tribal Council elected to oversee the welfare and resources of the Tribe; its constitution, economic development, policies, legislation, enrollment, and justice. A General Council, all voting age members, maintains active participation in both the governance responsibilities and cultural gatherings of the Tribe. Today the leaders of the Tribe move both in the traditional Samish ways and use the tools of the modern day world.

The Upper Skagit are a federally recognized Native American tribe living in the state of Washington. The Upper Skagit people are descendants of a tribe that inhabited 10 villages on the Upper Skagit and Sauk rivers in western Washington state. The 84-acre Upper Skagit Reservation lies in the uplands of the Skagit River Valley, east of Sedro-Woolley in Skagit County. Another 15 acres of undeveloped commercial land lie along Interstate 5 near Alger.

We are a community of Coast Salish peoples descended from groups and bands originating from the Skagit and Samish River valleys, coastal areas surrounding nearby bays and waters, and numerous islands including Fidalgo, Camano, Whidbey and the San Juan Islands.

The Tulalip (pronounced Tuh’-lay-lup) Tribes, successors in interest to the Snohomish, Snoqualmie, Skykomish, and other allied tribes and bands signatory to the 1855 Treaty of Point Elliott. Our tribal population is over 4,800 and growing, with 2,600 members residing on the 22,000 acre Tulalip Indian Reservation located north of Everett and the Snohomish River and west of Marysville, Washington. The Reservation is rich with natural resources: marine waters, tidelands, fresh water creeks and lakes, wetlands, forests and developable land.

The Stillaguamish Tribe is composed of descendants of the Stoluck-wa-mish River Tribe. In 1855, the population resided on the main branch of the river, as well as the north and south forks. The name Stillaguamish, under various spellings, has been used since 1850 to refer to people who lived along the Stillaguamish River and camped along its tributaries